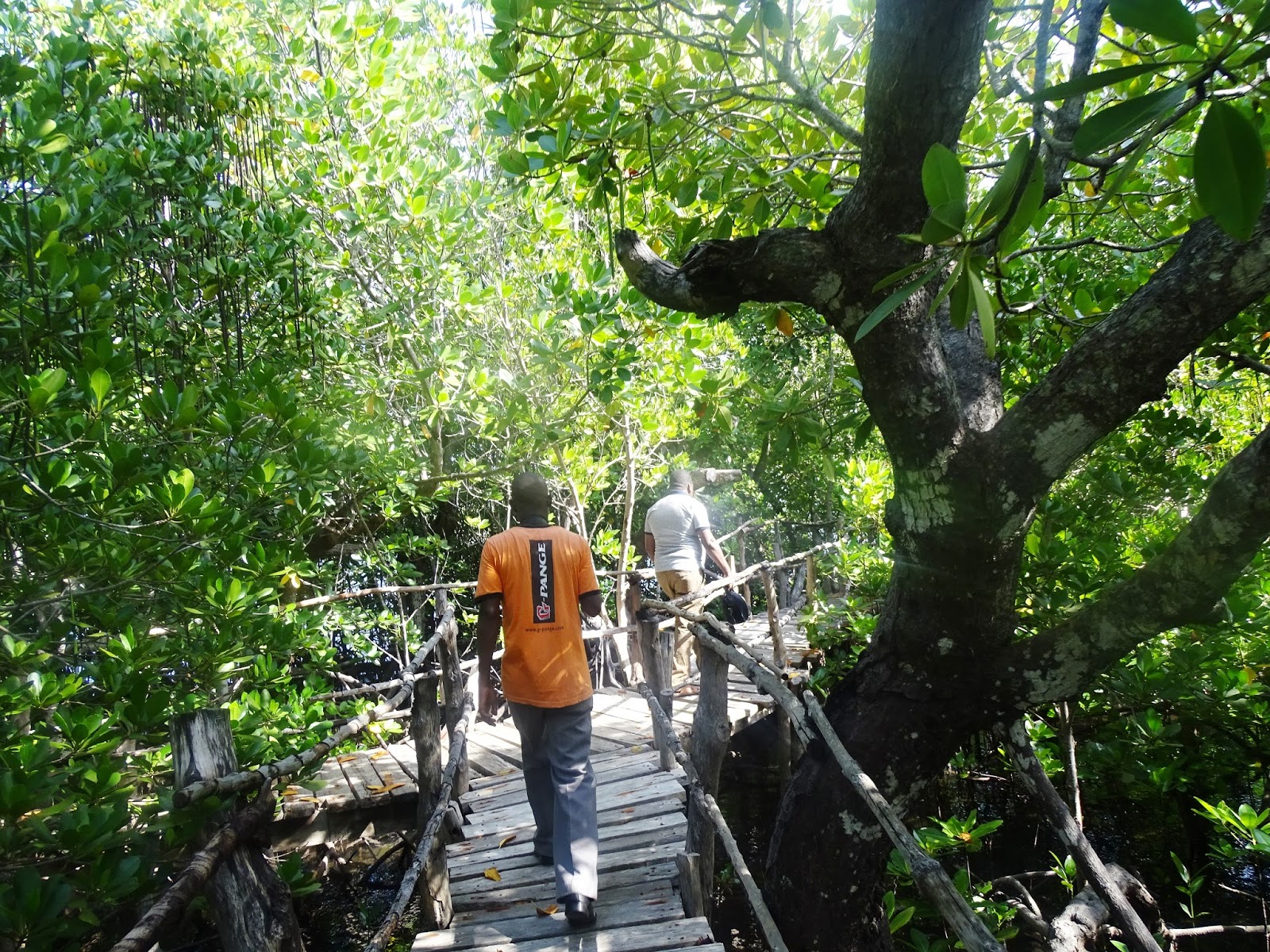 Mangroves are a type of tropical forests, found at the edge of land and sea that are regularly flooded by tidal waters. These forests are among the most carbon-rich forests in the world. They provide important spawning grounds for commercial fish species, filtering pollutants and contaminants from entering the coastal waters and also protect coastal communities against storms, tsunamis and erosion.


In the last 50 years it is estimated that between 30-50% of mangroves have been lost globally, and it is further estimated that mangrove cover is lost at an alarming rate of 2% annually. The main factors that contribute to mangrove ecosystems degradation are aquaculture, mangrove forests exploitation, terrestrial and marine sources of pollution and industrial and urban coastal developments.


At Gazi Bay in Kwale County, members of a local conservation group known as the Baraka Conservation Group in Makongeni village have put their efforts together in conserving the mangrove ecosystems of that area. This Community Based Organization has 20 active members, 16 among them being female.


According to Juma Mohammed Mwarandani who is the coordinator of Baraka Conservation Group, their members have over the years planted mangroves in areas where the mangrove forest had been degraded in the past. ‘We have planted over 5,000 casuarina trees at Makongeni Primary School. We encourage those who want constructions poles to buy these trees instead of cutting down mangrove trees.’ He explains.


The Baraka Conservation Group’s mangrove tree planting activities are under the ‘Mikoko Pamoja’ initiative at Gazi Bay launched in 2009 to research on mangrove ecosystems and to evaluate the carbon stocks they hold, and use payments for ecosystem services, specifically payments for carbon credits to safeguard conservation gains and improve the life of the local communities.

Mwarandani estimates that Baraka Conservation Group annually gets up to a million Kenya shillings from the sale of carbon credits. But according to him their credits come from their efforts of planting rhyzophora muncronata mangrove tree species.

At the neighboring Gazi village, is the Gazi Women Mangrove Boardwalk a community ecotourism project set up with the help of donors with an aim of conserving the mangrove ecosystems of Gazi Bay. Hundreds of local and foreign tourists visit this area to take a walk at the expansive mangrove boardwalk whilst enjoying the panoramic view of the Chale Peninsula.

Funds raised from this community project benefit the Gazi community directly as the are used to pay bursaries for bright students from Gazi village and also to improve health, and education facilities and also support water projects in the area.