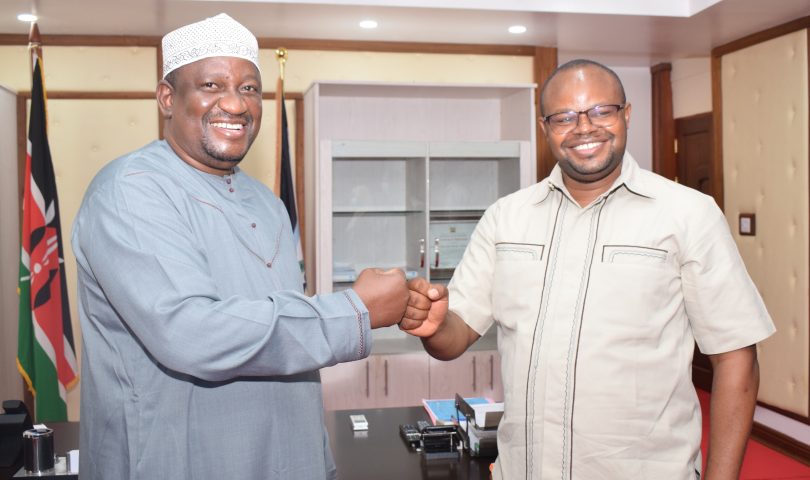 The national government says that the county’s E-Pay Revenue Management System is fully compliant with all the requirements and standards of a functional revenue management system.

This system was started a few years ago under the leadership of Governor Salim Mvurya and his Deputy Fatuma Achani.

In a recent brief after hosting a multi-agency finance team from the national government at the county headquarters in Kwale, Governor Mvurya said he was pleased that the Kwale Pay system has received positive recognition nationally.

“Our E-Pay System meets all the the required standards by the national treasury. We are happy for this and it is our hope that this multi-agency team could see how this system can be applied in other counties,” said the Governor.

“We also discussed possible partnership to upscale the use of the revenue management system widely at the National level,” Governor Mvurya added.

The Governor was accompanied by County Secretary Martin Mwaro, CEC for Finance Bakari Sebe and Chief Officer for Finance Alex Onduko among other senior officers.