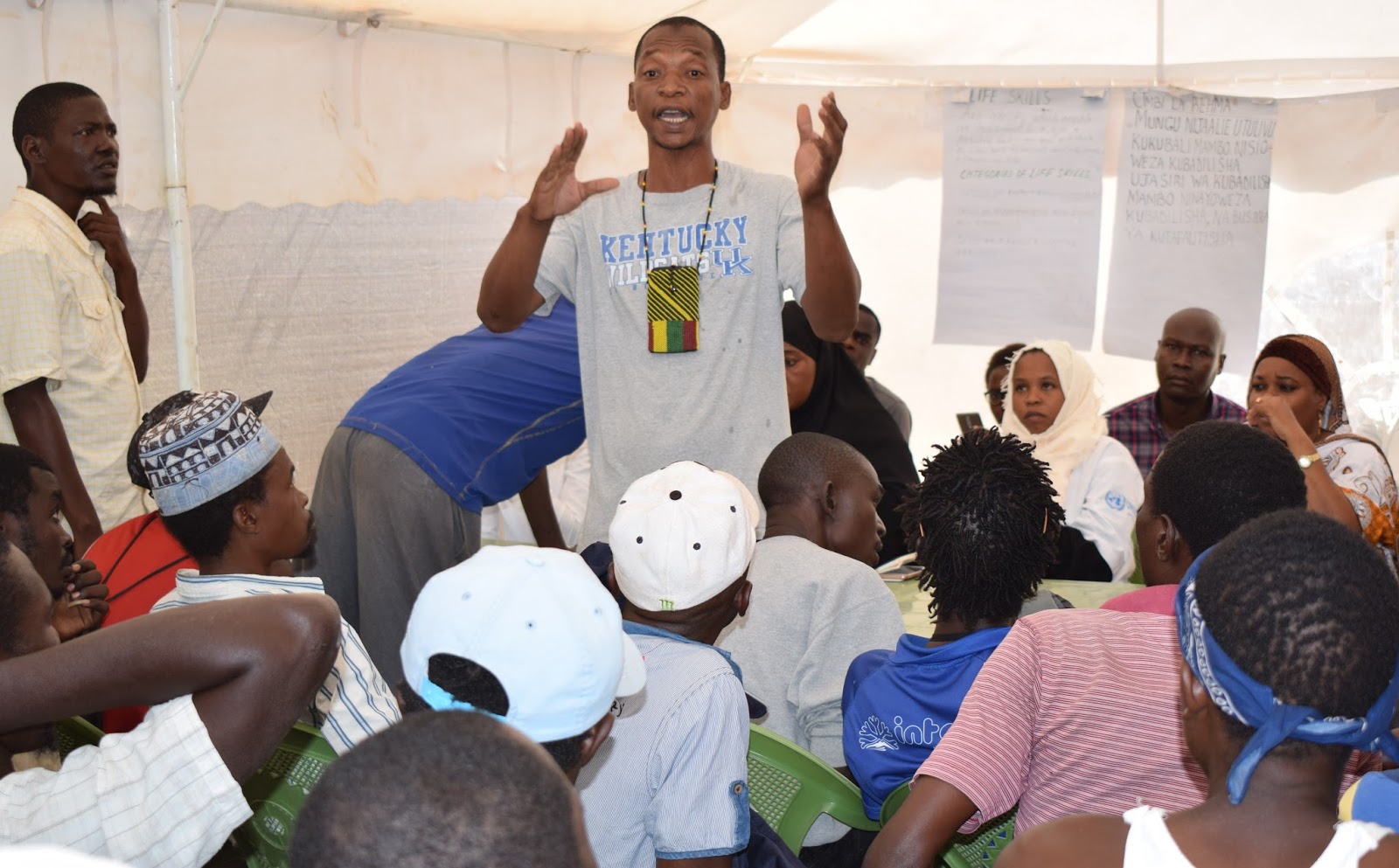 Kombani Methadone Center which is the only drug rehabilitation unit in Kwale County, has continued to offer hope to hundreds of addict residents one year after it was established, with numbers of those seeking help increasing.

The Medical Assisted Therapy (MAT) center was established on October 2017 by the Kwale County government with only a few drug addicts but today, it serves more than 287 recovering addicts.

Thirty three of those receiving treatment at the center were transferred from other centers with at least four new patients joining daily.

The recovering drug addicts have formed 11 outreach groups throughout the county to create awareness among other users, most of them found along the lower coast and urban centers.

Kwale Deputy Governor Fatuma Achani who together with Governor Salim Mvurya came up with the idea of establishing the Methadone Center, visited the facility recently receiving testimonies from those recovering after joining the program.

Madam Achani explains the importance of support groups among the recovering victims saying that they play a vital role in stabilizing their lives after leaving the rehabilitation center.

“Form different groups where you come from and suggest projects that will assist you in income generating activities. The county government will support you throughout the process and if you have any challenges, please do not hesitate to seek help,” the Deputy Governor advises.

On his part, the Kwale County Executive Committee Member for Social Services and  Talent Management Ramadhan Masoud Bungale has pledged to support the groups by providing them with funds from his department.

The Deputy Governor says youth funds have gone a long way in benefiting the target group and assures the youth that her office will cooperate with them.

One of the addicts hailed the county program saying it had restored dignity among those who had recovered or were still in the process.

“We thank God for this recovery program by the county. It has indeed redeemed our dignity in the society and enhanced our sense of belonging to the community,” Abdul Razak explained.

Under this recovery program, the addicts are divided into groups composed of members from their respective localities, the bigger number coming from Matuga Sub County.

Kwale County has a huge number of drug addicts who in the past did not have any hope of recovering before the Medical Assisted Therapy (MAT) Center was set up in Kombani last year.