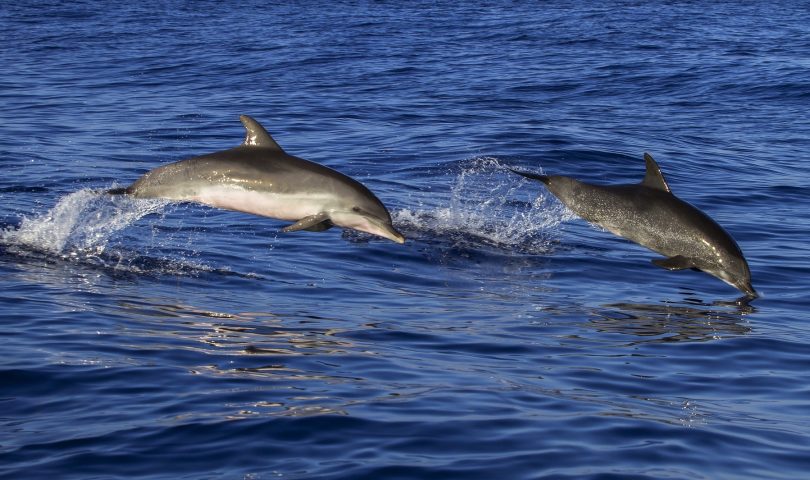 Situated on the southern coast of Kenya near Shimoni and south of Wasini Island of Kwale County, the Kisite-Mpunguti Marine National Park and Reserve is a key tourist attraction.

Made up of four scenic coral islands namely Kisite, Mpunguti Ya Juu, Mpunguti Ya Chini and Jiwe Jahazi, the park covers an area of 39 square kilometers (Kisite Park 28km2 and Mpunguti Reserve 11km2). It is home to a wide range of endemic marine animals and also a breeding zone for migratory birds.

Nicknamed the ‘Home of The Dolphin’ Kisite Mpunguti Marine Park and Reserve is a unique diving and snorkeling location at the Kenyan coast. Its pristine coral reefs comprising of 56 coral genera are a habitat to over 250 fish species among them the whale sharks, moray eels, groupers, rays, snappers, angel fish and the scorpion fish.

Two species of sea grass and numerous sponges are also found in this park. Many tourists visit this park for dolphin and turtle sighting. Three species of dolphins spinner, humpback and bottle-nosed dolphins  are found in Kisite Mpunguti Marine Park and Reserve alongside two species of sea turtles, the green turtle and the hawksbill.

Kisite Mpunguti Marine park is accessible by dhow or private boat hired in Shimoni, which is the starting and ending point of the park excursion. Tours to the park normally start at around 0800 hours at Shimoni and later tourists are taken to various hotels in Wasini Island or even Shimoni where they enjoy well cooked Swahili sea food lunch comprising of mangrove crabs, fresh fish, coconut rice and fresh drinks.

Back in Shimoni, visitors can tour the Shimoni Slave Caves, a historical site which is a primary attraction in the area. The Shimoni caves were used by slave merchants during the times of the Indian Ocean trade centuries back as a holding pen for slaves who were on transit to the Zanzibar slave market where they were sold and shipped to the Middle and Far East. The cave which is home to bats has also been used as a shrine by the local community.

Also the Shimoni Forest which is one of the smallest East African Coastal Rain Forests is home to the famous Angolan black and white colobous monkeys, and over 117 birds species. A local group Friends of Shimoni Forest can organize forest visits for interested tourist.

Among the hotels and lodges of Shimoni are the Pilli Pippa, the famous Betty’s Camp, Shimoni Reef Lodge, Shimoni Gardens Resort, and the nearby Mwazaro Mangrove Lodge in the neighboring Mwazaro village.