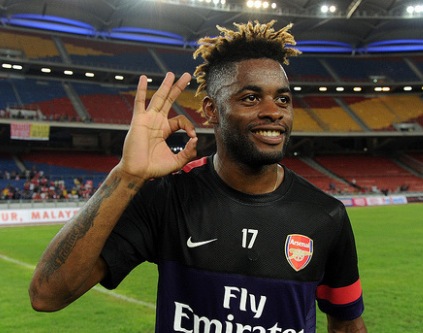 Former Arsenal players Alexandre Dimitri Song Billong and Johan Djourou are among nine players who have been sacked by Swiss Super League side FC Sion for reportedly refusing to sign an agreement for wage cut during the coronavirus crisis.

According to reports by the BCC the two players together with ex-Fulham midfielder Pajtim Kasami are among those confirmed as being dismissed by the Swiss football club. The other players on the list are team Captain Xavier Kouassi (Ivory Coast), former Newcastle loanee Seydou Doumbia (Ivory Coast), Ermir Lenjani, Mickael Facchinetti, Christian Zock and Birama Ndoye (Senegal).

This is reported at a time when the Swiss Super League is among many soccer leagues in the world that have been affected by the COVID-19 pandemic. The league was indefinitely postponed on March 1, after the Swiss government banned gatherings of more than 1,000 people.

FC Sion are four points clear of the relegation zone at position eighth in the 10-team league, with 13 matches to play once the Swiss Super League season resumes.