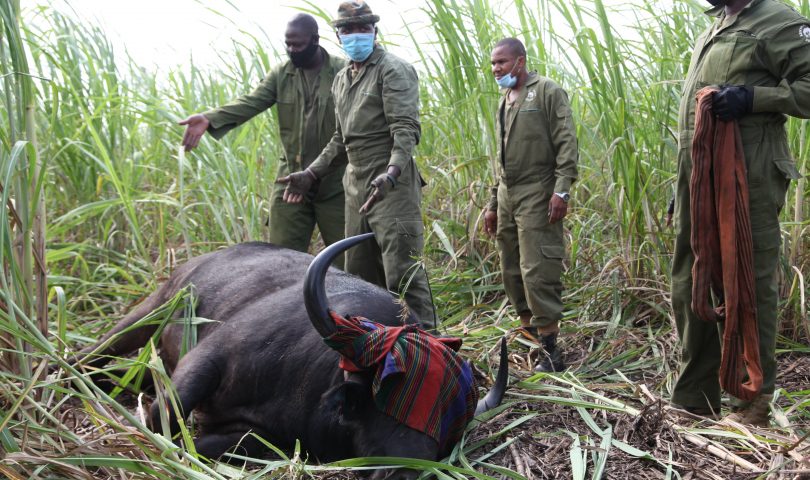 The buffaloes have been invading neighboring farms bordering the mine site in Magaoni area for a long period of time threatening community members.

According to the company’s Community Relations Manager Pius Kassim, this move will help eliminate human wildlife conflicts in the area.

“We first relocated the buffaloes to the Shimba Hills National Reserve but the park is near and some managed to return,” he said.

The exercise which started on Wednesday 22 July, has seen six among the eight wandering buffaloes captured and relocated to the Tsavo East National Park by KWS wardens.

Community members from Magaoni area and neighboring villages applauded the move by Base Titanium and Kenya Wildlife Service, saying that for years they have lived with fear of being attacked by the animals.

The relocation exercise comes weeks after reports of a stray lion killing livestock in Kwale County.

Three cows were reported to have been killed in Sagalato and Boyani villages while several others were injured in Shimba Hills area.