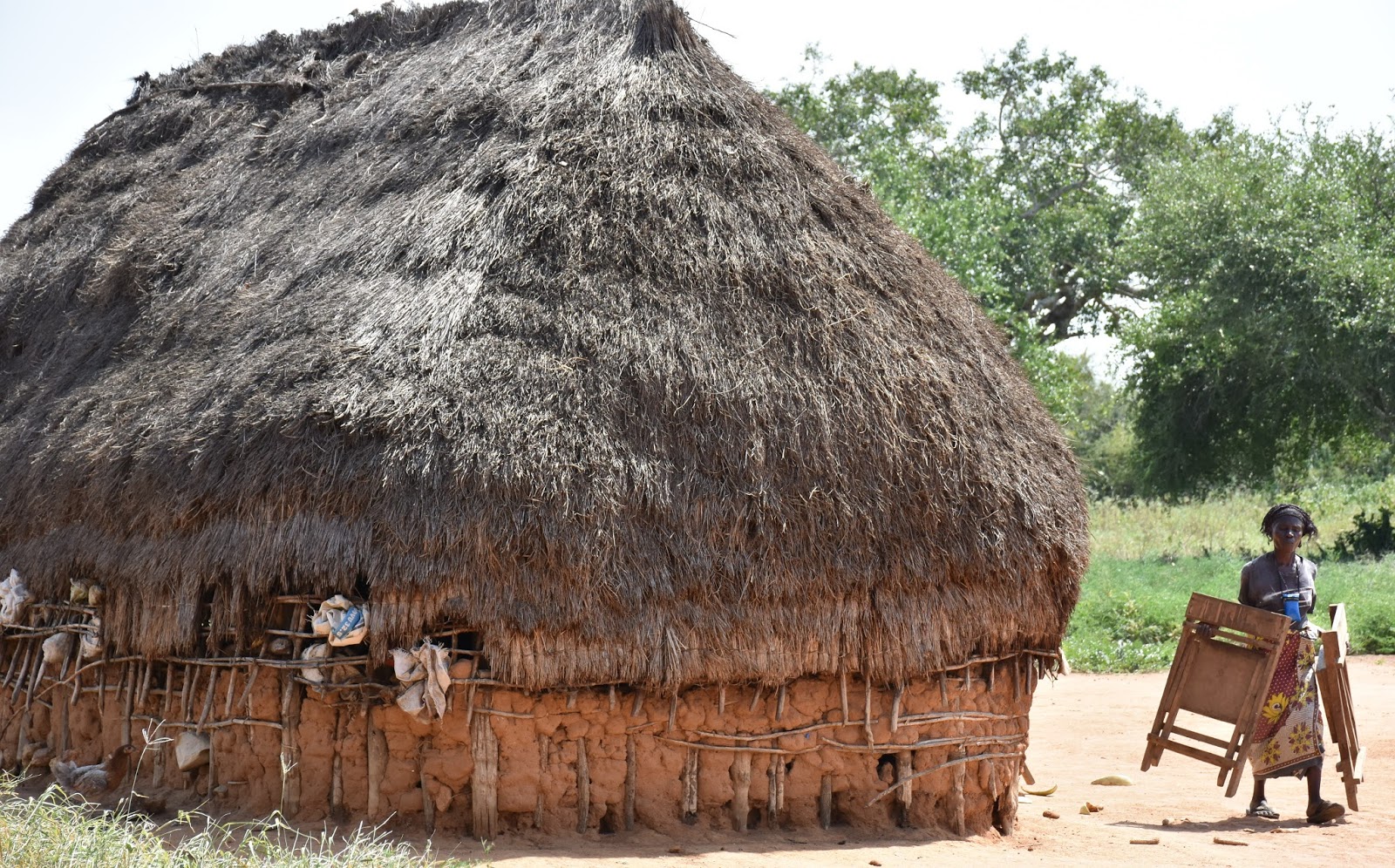 It is slightly past midday as we arrive at Dokata village in MacKinnon Road ward in Kwale county. The scorching sun forces us to shelter under a ‘mnago’ tree at least to cool down our body temperatures. I reach to my back pack, take out my water bottle and take a deep gulp whilst enjoying the picturesque view of the expansive Tsavo East National Park bordering this remote village to the north.

The villagers here seem to be used to the sweltering temperatures, as it is seen with mama Dzame Chiguba who is still in her farm.

‘Nyumba ya msongo’ is the traditional house which has a mud skirting while the other type called ‘nyumba ya chibumbuna’ is fully thatched with grass from ground level. These distinct houses which are among the iconic symbols of the Duruma culture are becoming extinct. Mama Dzame offers to take me inside the Duruma house at her homestead as she explains more about these structures.

“There is everything in this house. We have the kitchen area there, a traditional granary on the other side, a living area where the owner sleeps, and a place set aside for a number of goats and chicken.” She elaborates.

In the Duruma tradition, it is the responsibility of the man who is the family head to build this house unlike in other African traditions where houses were built by women in the past.

Today the traditional Duruma houses are very few as many people resolve to construct permanent modern houses. However, to mama Dzame this is a tradition which should be kept for the coming generations to see, and she urges the Duruma community members to continue setting up these structures in their homesteads.

After an interesting tour inside the ‘nyumba ya msongo’ I come out and stretch to a nearby cowshed. This one is unique, as I have never seen such a cowshed elsewhere except here in Dokata village. The cowshed where mama Dzame’s family shelter their cows and goats is naturally and strategically surrounded by cactus plants which act as a barrier and no animals can attack them at night, as this area is prone to hyenas and lions from the Tsavo East National Park.

Despite its remoteness, villagers of Dokata in MacKinnon Road ward enjoy clean water services after the County Government of Kwale initiated a water project in 2017. This project has helped many as in the past people used to walk as far as 5 km to MacKinnon Road area to fetch water or even further to Mgalani where they spent more than three hours to get water from there.

“We used to walk long distances before to get water and sometimes we encountered elephants on our way because this area is near the Tsavo park.” Mama Dzame Chiguba explains.

The water project has benefited many people in many ways here in Dokata. To Lennox Mwagawari and his family they have utilized it to irrigate their farm where they grow various vegetables and water melons.

Leave a Reply to Unknown Cancel